It’s not uncommon to hear people complain that a film didn’t do justice to the book it was based on. Maybe you’ve even been the person doing the complaining. I know I have.

Sometimes a film version of a book just flat-out disappoints. Sometimes it highlights all the wrong parts, or cuts out your favourite bits, or is badly acted, or poorly shot, or presents the climactic moments in a way that drains them of all tension. Of course on the flip side, some film renditions can be great, and there are several out there that have delighted fans.

However, my intention here is not to bemoan the flaws and strengths of various film adaptations. Rather, I’d like to acknowledge something that I think will always affect our reception of book-to-film adaptations:

Film adaptations have several innate disadvantages that make it difficult for them to live up to the beloved books they are based on.

This stems from the fact that, no matter how brilliant the film, it’s never going to offer the same emotional and imaginative experience as the original book. It seems to me that there are three key reasons for this:

1. Taking the Reader Out of the Picture

When reading, it’s easy to forget how much work we are actually doing to visualise the story in our mind. For every single scene or character, we are given a few key details and are left to paint in the rest. Even fantasy authors that get exhaustive with their descriptions are still leaving countless gaps for us to fill in.

In film, fantasy characters and worlds are suddenly presented on screen in a finite visual form. If that form doesn’t match up with our own imaginings, or robs them of some of their complexity, it can be disappointing.

This is no great revelation of course: many of us have worried that a film won’t portray characters and places the way we imagine them.

What people don’t often think about, however, is the fact that the way we picture stories as we read is not the same as the way films present them to us. In many ways it is fundamentally different.

It may sometimes feel, as you read, that you have a film playing out in your head. However, if you actually think about what’s happening in your mind, its unlikely to be a series of finite, carefully cut together sequential images with an epic sound track. It’s likely to be something more haphazard, and much more shaped by emotion, mood, and personal experience.

If, for instance, I see the film of Tom Jones, and try to summon up my past images of the character, they will seem strangely diffuse, but this impression will not necessarily make me prefer the optical picture. If I ask whether my imaginary Tom Jones was big or small, blue-eyed or dark-haired, the optical poverty of my image will become all too evident, but it is precisely this openness that will make me resent the determinacy of the film version. Our mental images do not serve to make the character physically visible; their optical poverty is an indication of the fact that they illuminate the character, not as an object, but as a bearer of meaning.

So the Hogwarts you are being presented with on screen? It may be fascinating to see it brought to life on a cinematic scale. Chances are, however, that if you’ve read Harry Potter, you are going to prefer the Hogwarts you constructed in your mind – the one you inhabited for the long hours you spent reading, the one pieced together with your own memories and imaginings, the one layered with all the emotions of the journey that you took through it with the characters. You may not know exactly which corridor leads to where, or be able to picture the detail of every corner of the great hall, but it’s a world more layered with emotion and meaning than any you will see on screen. 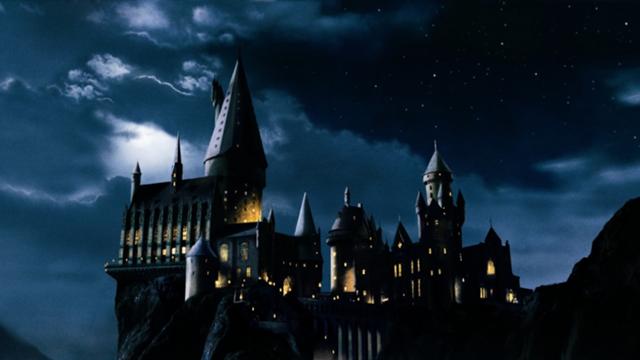 2. Getting Inside The Character’s Head

A novel is experienced through character perspectives, and you are privy to the unspoken thoughts and emotions of those characters. In film, unless you want to plaster a voice-over over the entire thing (which would be clumsy and annoying), you convey character emotions and thoughts through expression, dialogue, and action.

This has the natural consequence that in a film version, you’re unlikely to achieve the same level of closeness, the sense of deep involvement with the character or characters, that you would when reading.

Sometimes this is not a big problem. Some fantasy novels translate very well to film, as the removal of the ‘thought-track’, so to speak, does not detract greatly from the story. Sometimes it even lends it more subtlety and intrigue.

In some fantasy novels, however, the thoughts of the character are so integral that, were the story to be adapted to film, it would be little more than a hollow reflection of the original. I’d say this would include fantasy novels in which:

For example, I just finished reading Juliet Marillier’s Daughter of the Forest, in which the main character spends much of the story mute and unable to speak. I really enjoyed this book, but I’d hesitate before going to see a film adaptation of it. The character’s thoughts and emotions are such a crucial part of the story, particularly in the way she is unable to express them to other characters, that without them I feel it would lose much of its impact.

In Isobelle Carmody’s Obernewtyn Chronicles, characters have abilities that allow them to read and manipulate the minds of others. Doubtless you could translate some elements of this to the screen, but others would be near impossible to convey with the same depth and clarity.

Films are great in that they make us analyse the words, expressions, and actions of characters to guess what they are thinking. But if you’ve experienced a protagonist’s every internal thought and longing and hardship in a book, and been right there with them the whole way, it’s no surprise their on-screen version might leave you wanting.

Length may seem an obvious or shallow thing to focus on, but I think it can have a significant impact.

If we are immersed in a story world for a longer period of time, not only are we likely to become more attached to it, but we will also experience it differently. An intense, fast-paced 1.5-hour roller coaster is very different from 10-20 hours of private reading drawn out over several days or weeks.

Particularly in fantasy, where a series often stretches out into multiple tomes, the immersion in the story world can last for countless hours and be spread over many years. I’d argue it’s part of the appeal of the genre, and readers love to lose themselves in the world and the characters, book after book.

Translate each of those books into a short, punchy 1 or 2 hour film, and you lose some of that immersion, that sense of a long and enduring journey with the characters.

TV shows somewhat remedy this length discrepancy. One of the (many) strengths of the Game of Thrones TV series is that it allows a long-term involvement with the characters and the story world that mirrors that of the books. Characters are given time to develop and interact and change on a scale not possible in shorter films.

Still, it’s unlikely TV shows and films will ever match the time spent buried in the book version hour for hour, and if those long hours have been enjoyable ones, it’s unlikely they’ll ever create a similarly satisfying experience.

It may seem, in all this, that I’m saying books are better than films. I’m not. I think they simply offer a different experience. The two mediums have their own unique strengths and weaknesses.

I think the difficulty comes in the transfer of a story from one medium to another. It’s always going to involve some changes, some cutting and rearranging. It’s also going to involve conveying the story in an entirely different way. That’s good, actually, because I find that’s part of the fun of watching the film version of a book: to see a new interpretation of the story in a new format.

If I wanted the exact same rendition, I’d just read the book again.

So I guess I always try to keep in mind, when I watch a film adaptation, that it’s not going to be the same thing. I try and appreciate it as a new creation, a kind of extension of the enjoyment I felt in reading the book, rather than an attempt to replace it. I try not to be too fussy about changes, because, well, some things just don’t work in film.

And if a film ever does manage to beat the odds, and make me think it’s better than the book… well, either I didn’t like the book much to begin with, or the filmmakers are very, very good at what they do.

5 thoughts on “The Book Was Better: Watching vs Reading Fantasy”