Call me old fashioned, but a God in fiction should have god-like powers. What exactly are those? Well, a snap of the fingers and they can bring drought, famine, flood or plenty, kill hundreds, create hundreds, change the world or influence people’s lives and fates. Hell, they are usually the ones that created the world in the first place. Most importantly, their powers trump everyone else’s. If they’re a god, they’re more than everyone else: they’re the ultimate power.

This leads me to why I often have a problem with gods traipsing around centre-stage in fantasy novels, TV shows, or films. If they’re no longer a mysterious, largely absent and only mildly-interfering power, they can become problematic. Here are a few reasons why (and I’m well aware other people may not mind these things as much as I do!): 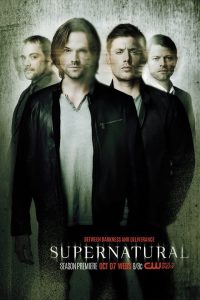 If ‘gods’ just walk around in human form doing a magic trick here or there, they are wizards or witches, not gods. I understand that people may call them gods, and I’m more accepting if the book or film makes this clear, but in some stories they’re literally gods: they announce themselves as Zeus, Loki or the like, and then come down and start involving themselves with the political squabbles of humans or the territory grabs of vampires and werewolves (The TV Show Supernatural is often guilty of this, though in fairness it is humorous and doesn’t take itself too seriously).

Worse, in these gods vs humans (or other creatures) scenarios, it is often a relatively even fight. Gods that are supposedly all-powerful become conveniently inactive, despite the fact we’ve been assured of their supreme powers, or have an achilles heel that miraculously stops them in their tracks before they pulverise everything. Of course, gods vs gods is different, but a gods vs humans battle never quite works for me.

Gods Who Interfere and Solve Everything

The phrase Deus ex machina from ancient Greek theatre, meaning “God from the machine”, refers to a moment in a play when a god descends and solves everything. It’s often used to describe conflicts or plots that get conveniently resolved by an external or previously unseen force and are thus disappointing. The association of this problematic plot device with gods reveals the problem at the heart of using them in storytelling: the moment an all-powerful all-seeing being becomes an active force in a story, they can snap their fingers and remove the conflict.

Gods Who Don’t Interfere When They Could

Following on from the above, if a god doesn’t magically solve everything, you have to wonder why. Sometimes there are decent reasons, for example in The Chronicles of the Unhewn Throne, gods are from another plane of existence entirely, and are weakened when taking human vessels in the main world (though even here some of the gods were so powerful I felt uncomfortable with their lack of action on certain fronts). But at other times the reasons for a lack of interference remain unexplained, are put down to whimsy, or are simply weak, making the whole story illogical and unsatisfying.

Gods Who Seem to Have Very Little Power at All

These are generally presented by the story as legitimate ‘gods’, but use their power so rarely or in such bizarre ways that I have to wonder why anyone bothers to call them gods at all. Sure, often there is a lot of talk of worship and ideology and philosophy, but ultimately the gods are so impotent and boring they just irritate me (For me, American Gods is a case in point here – there were several reasons why that book wasn’t my cup of tea, and this was one of them). 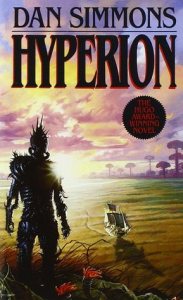 Occasionally, a fantasy or science fiction series puts gods centre-stage and really gets it right (in my opinion anyway). I’d say the Mistborn trilogy and Hyperion Cantos are two good examples. I won’t go into too much detail as it might involve spoilers, but suffice to say, both give their gods truly god-like powers, as well as decent explanations for why those gods don’t have or use those powers at certain points in the story. Both were wonderful because they actually took a look at what having world- and universe-altering powers would mean and made their gods more than just glorified wizards or figure heads.

However, the fact remains that in many cases when gods walk the earth, it feels a little illogical or ridiculous and doesn’t sit well with me. I don’t have a problem with unseen gods influencing the characters, their magic, their society, their history and their beliefs – indeed religion is often a rich component of fantasy worlds – but I generally don’t like it when they start playing central, present, walking-and-talking roles in stories. Maybe this is just a personal pet peeve of mine, and a result of my rigid idea of what a god is and does… but I’ll always be wary if Odin, Athena or the like pops in on stage right in a fantasy novel.

What do you think of gods playing central roles in fantasy stories? Do you have any favourite books, films or TV shows that you think do the “gods walk the earth” scenario well? 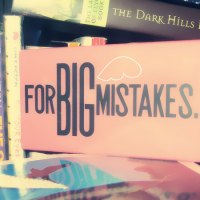