Girona Skyline from the City Wall. Photo by Nicola Alter (CC BY SA 4.0)

I recently spent a week in Spain and made sure to fit in a day in Girona into my schedule. It’s a beautiful, ancient city with an impressive medieval wall, and it’s also got an airport with cheap flights to the rest of Europe… but I’d be lying if I pretended it was anything other than pure nerdy Game of Thrones fandom that peaked my interest.

Girona was one of the filming locations for Game of Thrones Season 6. Various streets and buildings served as places in Braavos and King’s Landing, and the interior of the monastery even stood for part of the Maesters’ library.

So which locations did my Game of Thrones Pilgrimage take me to?
[If anyone hasn’t seen season 6 yet, spoilers ahead]

I was following online tips, but I like to imagine I’d have recognised these steps without prompting. This is where a blind Arya begged for coins and fought the other “nameless girl” with fighting sticks. Here’s the scene on YouTube (and I’ve included a picture of the street below).

The Cathedral in Girona is truly impressive, and it makes its most significant appearance when Jaime Lannister climbs its steps on horseback to confront the High Sparrow. It even doubles as the Great Sept at one point – the very same Sept that gets blown to pieces by Cersei’s evil scheme.

I can’t be sure, but I have a feeling I traversed some of the same alleys and stairways as Arya did when she fled from the Waif. They all look very similar, so who knows for sure, but I’ve re-watched the scene and some archways and stone steps look familiar… so I’d like to think I did.

Some Locations I Missed Out On

Alas, my time in Girona was limited and I did most of my touring in the evening when the heat of the day wasn’t so scorching. As such, I missed the chance to enter the Arab Baths that Arya fled through, tour the Monastery that doubled as the library Sam admired, and visit a few other locations.

However, I hope to go back some day and explore further, and not just because of Game of Thrones, but simply because Girona is an enchanting city.

NOTE: if you want a more conclusive list of Girona locations and the scenes that were shot in them (and would like to read some interesting and amusing facts about the filming), this article is the one I used when touring the city: Game of Thrones: Visit the Real Braavos, and here is the map they reference for the filming locations.

Girona is Far More Than a Film Set

It might have been Game of Thrones that enticed me, but many of the parts of Girona that impressed me the most weren’t in the TV show. You can see why the city was picked as a location for Season 6 because so much of the old town is like something straight out of a fantasy novel or medieval painting – it’s just brimming with history.

The City Wall that runs along the upper part of the old city is truly spectacular, and the best thing about it is that you can walk on it. You can climb its towers, traverse its length, peer out its arrow slits and even admire what seems to be an old-fashioned medieval toilet… i.e. a hole in the ground (see photo below). The view from the wall is spectacular and I adore old stone structures, so this was a real highlight for me. 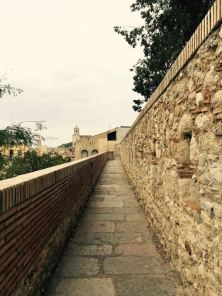 Old Toilet in the Wall. Photo by Nicola Alter (CC BY SA 4.0)

The Jardins dels Alemanys (the “German Gardens”) behind the Cathedral are beautiful garden spaces surrounded by old stone walls, with works of art and trees and little hollows to discover everywhere.

The Onyar River with its bridges and riverside buildings is very picturesque too, and we crossed to the other side of it to have some great tapas at a restaurant near the Plaça de la Independència.

Lastly, the history of Girona is remarkable. It’s been inhabited by Iberians, Romans, Visigoths, been conquered by Charlemagne, been under siege countless times, and also housed a flourishing Jewish community during the 12th century with important sites that survive today. One of the things I lament most about my short stay is not being able to visit more of the historic buildings and learn more about the history of the city… I guess I will just have to save that for my next visit. 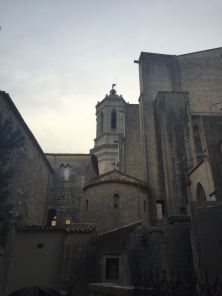 Behind the Girona Cathedral. Photo by Nicola Alter (CC BY SA 4.0)

So all in all, whether you’re a Game of Thrones fan or not, Girona is a place well worth visiting, especially if you like cobbled streets, narrow alleys, ancient stone walls, and anything dripping with history!

5 thoughts on “A Trip to Braavos and King’s Landing” 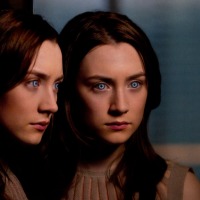