It’s Tough Travelling time again, and this month’s theme puts the spotlight on a kind of fantasy character that I  have a particular fondness for: the shapeshifter.

Tough Travels was originally created by Nathan at Fantasy Review Barn, revived on Fantasy Faction, and is now hosted by the team at The Fantasy Hive. Inspired by Diana Wynne Jones’s humorous classic The Tough Guide to Fantasyland, every month it highlights a particular fantasy trope, theme or cliché, and invites bloggers to list stand-out books related to that week’s theme.

Here’s what the Tough Guide has to say about shapeshifters:

“Shapeshifting is frequent among both WERES and MAGIC USERS. The usual form taken is that of a wolf, but lions, eagles, serpents, owls and cats are common too. In all cases the Rule is that the Shapeshifter cannot stay too long in ANIMAL form without actually becoming that animal and losing touch with her/his human thoughts.”

Shapeshifting is a magical ability I almost always enjoy encountering in fantasy books. I just love the idea of people being able to shift into other forms, particularly animal forms, and the unique viewpoint or experience that provides. I feel like no two shapeshifter characters are ever exactly alike (except admittedly werewolves), and they can vary so much depending on the animal or creature they turn into or the limits on their powers.

Picking favourites is difficult, since I like so many shapeshifters, but I’ve put together a list of five that I found particularly memorable: 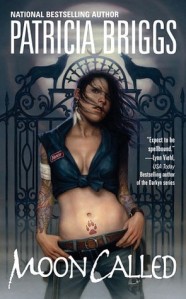 I also liked that she was a tough, independent character without being the personality-less or self-congratulating superwoman you sometimes encounter in urban fantasy stories (films particularly) that try to feature a strong female character.

Bound is a YA fantasy with a heavy focus on the romance, so I’d recommend it to people who aren’t averse to romance in their fantasy.

The male lead character in this book can shapeshift into eagle form, and while initially a bit of a villain, he does have a good side (it’s an “enemies-to-lovers” story – my favourite kind of love story). I enjoyed the unique perspective his eagle form gave him and the influence it had on the way he met and interacted with the other characters.

I feel like a bit of a broken record mentioning Mistborn and the Kandra again, since I mentioned them already for the Non-Human Heroes topic, but they are just some of the best shapeshifters out there so they had to feature.

The Kandra are shapeless blob-like creatures who can take the form of another person or animal by absorbing their bones. They are so good at impersonating others that telling the real person from the Kandra imposter is often a challenge. 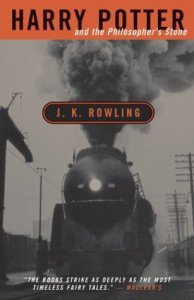 I loved the way the Animagus in Harry Potter were at the centre of many mysteries and surprises. Particularly memorable is Rita Skeeter, who used her shapeshifting powers to illegally spy on people, and of course Sirius Black, whose dog form was mistaken for an evil omen.

I think my favourite, however, is Professor McGonagall, both because she is a wonderful character, and because I’d just love to be able to transform into a cat.

Daughter of the Forest

Daughter of the Forest is a fantasy romance with a very historical, realistic feel, not to mention a fairy-tale-inspired story. But don’t let that make you think this is a light and fluffy book – it has some very dark parts, and explores the hardships and long struggles that are often only briefly sketched in a few sentences in a traditional fairy tale.

It features characters who transform into swans, and while they’re not exactly in control of the transformation – in fact it’s more of a curse – I loved the role it played it the story and the way it made the characters treasure being human.

For links to more Tough Travelling posts, or to join in yourself and see next month’s theme, check out the host page on The Fantasy Hive.

And if you have your own favourite fantasy shapeshifters, feel free to mention them in the comments!